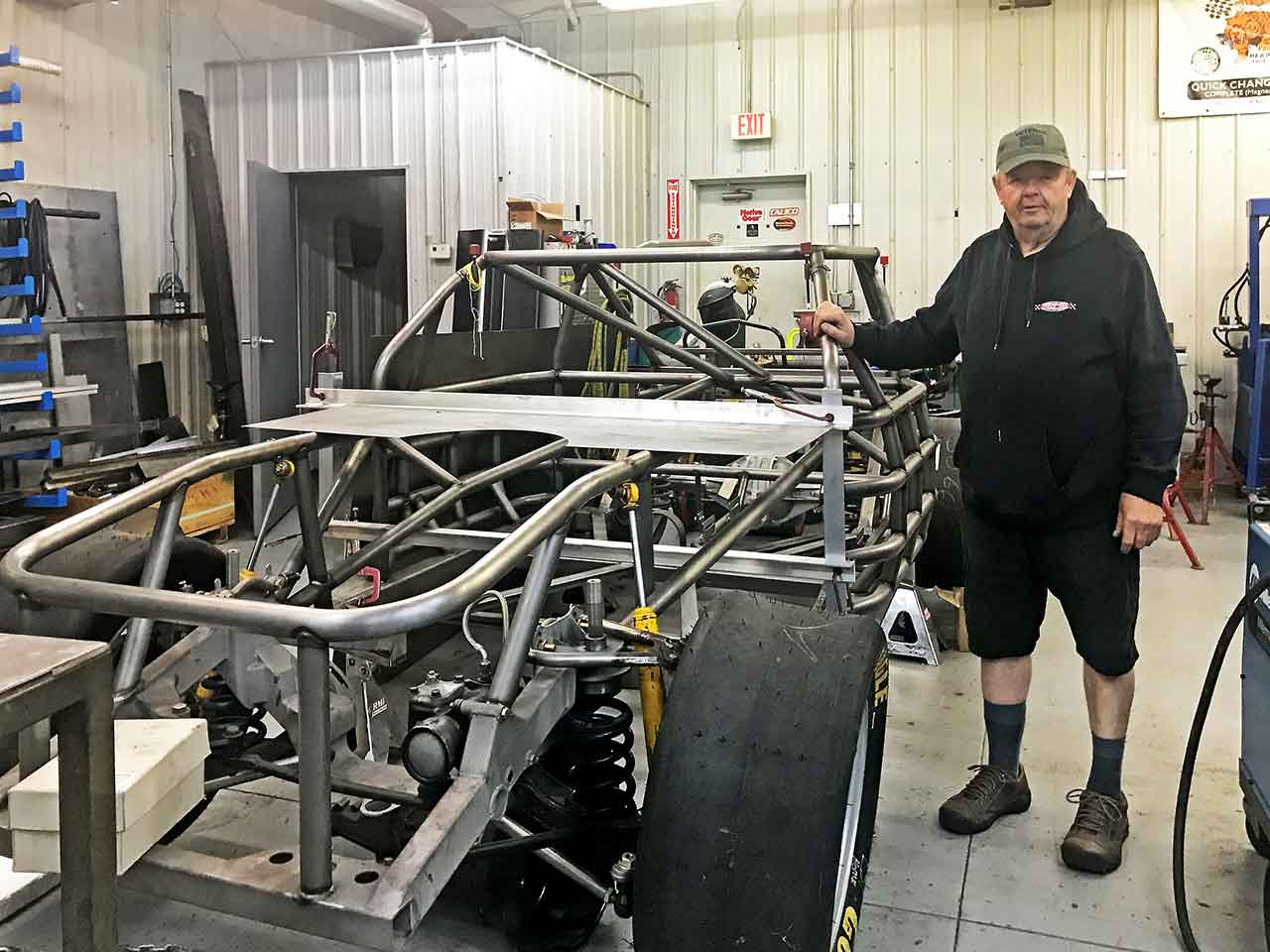 Steve Leavitt Was a Racer, is a Racer and Always Will Be a Racer

Steve got his racing start at a very early age. But he’s not a racer in the familiar sense. Steve was born into a racing family in Kezar Falls, Maine and his true love is not behind the wheel but instead behind the face mask building something.

The son of the renowned Northeast racer Gardner Leavitt, Steve got his start in the industry early by building race cars before he was 10 years old.  Originally, they were the old coupes that his father raced.

Gardner and Steve ran mostly New England short tracks but once a year would venture South to race at legendary Southern short tracks like Martinsville, Virginia and Hickory, North Carolina.

Later, Steve began building race cars for himself and was driving for himself by the age of 16. The only reason he waited that long was because some tracks had a minimum age for their drivers. However, Steve does admit to venturing outside his home area to compete at tracks that didn’t know him.

His racing adventures were abruptly interrupted between 1971 and 1973 due to a call from Uncle Sam. Once back home the old racing coupes were gone, replaced by the Late Models that were growing in popularity. Steve built a ’64 Chevelle for himself but didn’t get to run it long because it was purchased out from under him.

Steve started another car and then yet another car but they were purchased out from under him as well. As he built more cars and they won more races his fame continued to spread.

In 1992 Steve received the call that every racer dreams of. It was from Hendricks Motorsports of Concord, North Carolina calling and they wanted Steve to move South and build cars for them.

It didn’t take two seconds for Steve to decide that the harsh New England winters were for somebody else as he moved South to enjoy the warmer Southern climes.

After a successful career at Hendricks, Steve moved on to work exclusively for Bobby Allison Racing, Kranefuss-Haas Racing and Bahari Racing. In 1999 he opened Steve Leavitt Race Cars deciding that a journeyman chassis-building career was not for him.

From that day to this day Steve has been kept busy every minute building his famous, and famously-successful, chassis’ for a variety of NASCAR Truck, Xfinity/Gander Mountain and Cup Series teams.

Recently, Steve officially “retired” from chassis building on a daily basis. However, retired is only a relative term to him. Although he is not open every day Steve is still building chassis on a limited basis for customers of his choosing.

Steve is a gentleman that has devoted his entire life to racing yet his name is not a household one. He is one of the many unsung heroes that work behind the scenes to keep the racing world rolling.